On playing Beth in Last Three Days, she said, “I had the privilege of playing a strong-minded, heart-focused character who is the emotional center of the film. I am a sucker for romance so I loved being the key to the romantic storyline. The director, Brian Ulrich, actually wrote the character for me, which was a huge honor and a lot of fun to play because a great deal of the dialogue felt like it was plucked straight from my brain. It is a true testament to Brian as a writer because he so beautifully created a role based on who I am.”

She complimented writer and director Brian Ulrich. “It was such an honor working with both of them. Brian has a heart of gold and incredible amounts of talent so he really made my job as an actor easy. I felt so supported and taken care of throughout the process,” she said.

“Working with Robert Palmer Watkins was a dream,” she admitted. “He is a formidable scene partner. We were really able to connect and be vulnerable with each other when we needed to be, and have tons of fun goofing off as well.” 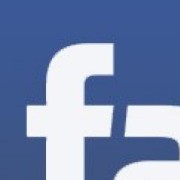